This grand comedian hunt show was created by Pankaj Saraswat and is produced by Endemol. This high platform has given a chance to so many comedians to prove their talent to the world. Now, 12 contestants of the present season are competing with each other to win the grand title. Now, let’s us have a look at the winner name of the previous seasons.

The winner of the first season of this great comedy show is Sunil Pal. His birthplace is Hinganghat. At present, he is a famous Indian comedian and acted in many Bollywood films.

The winner of the second season is Rauf Lala. His was born in 1970 in Larkana, Singh, Pakistan is his hometown. Now, he is a famous Pakistani Comedian, actor, producer and writer.

Kapil Sharma was born on 2nd April 1981 in Amritsar, Punjab. This talent hunt show has given him great fame, with his comedy talent, he won the title. Now, Kapil Sharma is a famous stand-up comedian, actor, producer and television presenter on Indian Television.

Suresh Albela who belongs to Rajasthan is the winner of the 4th season of the Indian laughter challenge. Suresh Albela attracted the attention of the judges and audiences with his different comedy style.

The season 5 of this grand show has started to telecast in Star Plus. Each contestant is giving a tough fight to the other participants to win the title. Let’s wait for some more days to know the season 5 winner. 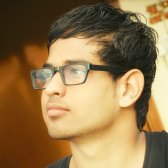